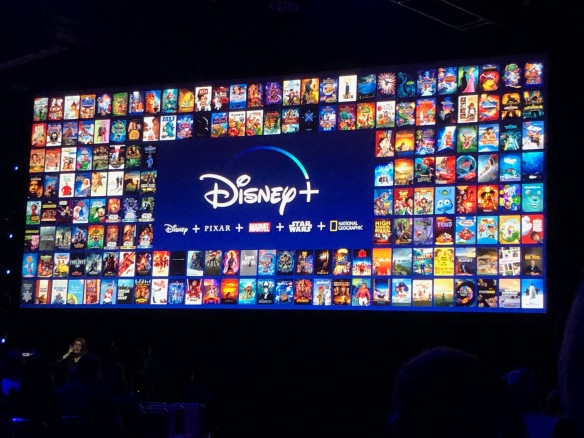 We have survived the first day of D23 Expo and we wanted to share some of our favorite moments, some thoughts and our hopes for the rest of the weekend. 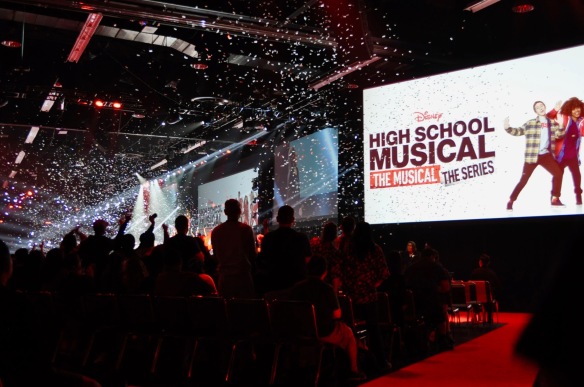 The highlight of today, for us, was attending the Disney + panel where LOTS of content was previewed and hyped. We were introduced to the cast of High School Musical the Musical the Series. These actors have big shoes to fill, as High School Musical was a cultural phenomenon when it was released and we think they may do just that. They are talented and the trailer for the show was much better than anything we had envisioned. With such a confusing title, and little information going into this presentation, one might have thought this was a TV show remake of the original, but that is not the case. We were intrigued to see it is a new story of its own about a high school drama department, putting on their own production of High School Musical. Thanks to the trailer shared today, we got to see how this series will honor its roots, while sharing a new story of its own.` 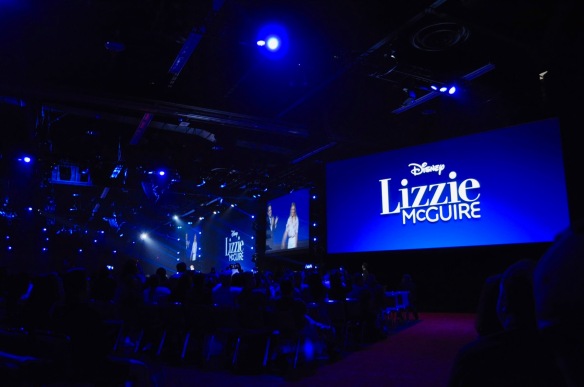 We got a blast from the past in the form of Lizzie McGuire herself, Hillary Duff, who will be reprising her role, as we get to see what 30-year-old Lizzie is up to in a new show. 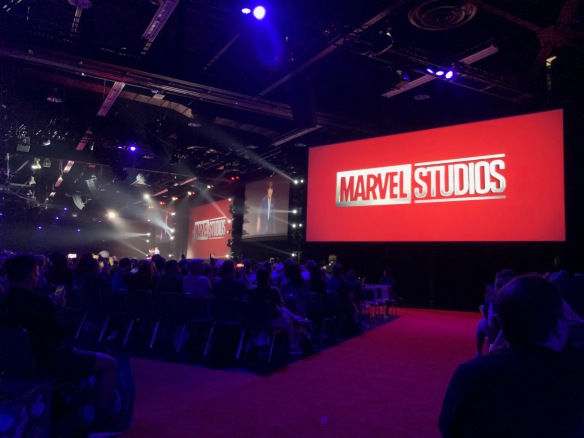 The Marvel Cinematic Universe is making its way to Disney+ with LOTS of new content, but also LOTS of familiar faces. As had been previously announced, we will see Loki again, played by Tom Hiddleston, now in his own show, as well as a Hawkeye show with Jeremy Renner. 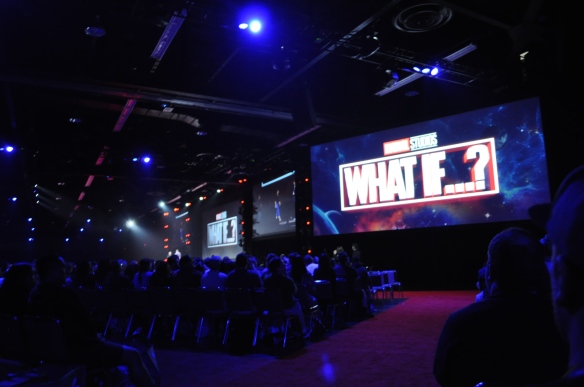 But we also learned about What If…, a new animated show based on the popular comics that ask what would happen in key comic book moments if one thing changed. All current MCU characters in this show will be voiced by the actors we know and love. 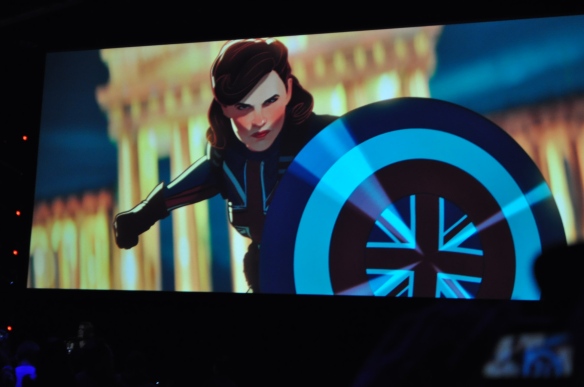 Among other things, this will also introduce Captain Carter, voiced by the Peggy Carter we know – Hayley Atwell – which on its own is awesome!

We will also get to meet Ms. Marvel, She Hulk and the Moon Knight in new productions with more details to come in the future.

We will get to spend more time with The Falcon and the Winter Soldier and Wanda(&)Vision. The Falcon and the Winter Soldier will not just give more time to the two name characters, but will also bring back Sharon Carter, played by Emily VanCamp. The later of these, WandaVision, was described as a wacky, action/sit-com… how they plan to pull that off remains to be seen. The trailer did not shine light on what this means, blending clips from their prior Avenger moments with clips from the Dick Van Dyke Show. So, who knows…

We got to see new non-fictional pieces, such as Be Our Chef, a family cooking competition where the winner’s dish will be served at Disney World. 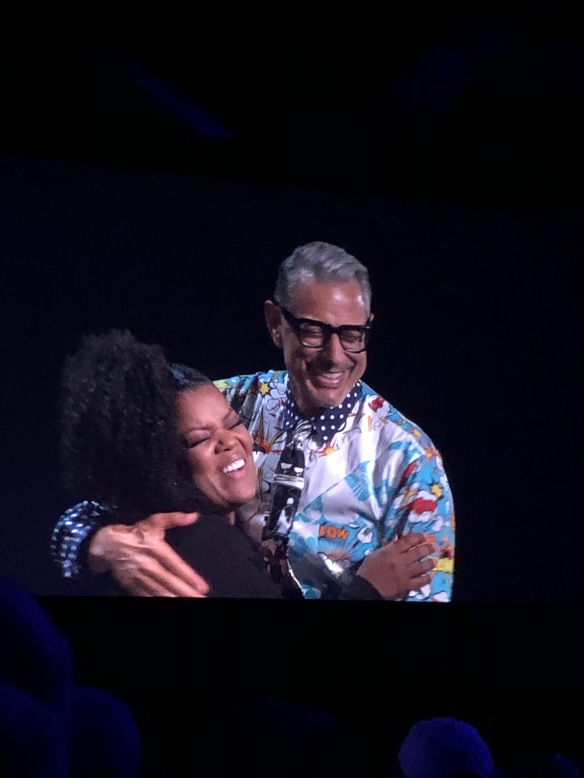 Also, The World According to Jeff Goldblum, looks amazing and true to who Jeff Goldblum is. This will be a whimsical journey through the world of jeans, shoes, tattoos and more! Encore, with Kristen Bell, looks very sweet, reuniting old High School theater students to put on an ‘encore’ preform together after having left high school many years before.

Pixar is also bringing new content to the streaming platform, including Monsters at Work with Ben Feldman and Aisha Tyler, and Forky Asks a Question, which both look promising. 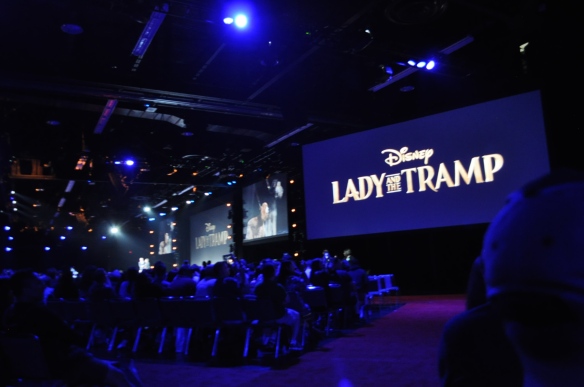 The live-action Lady and the Tramp trailer was released and, as we expected, it looks stunning. 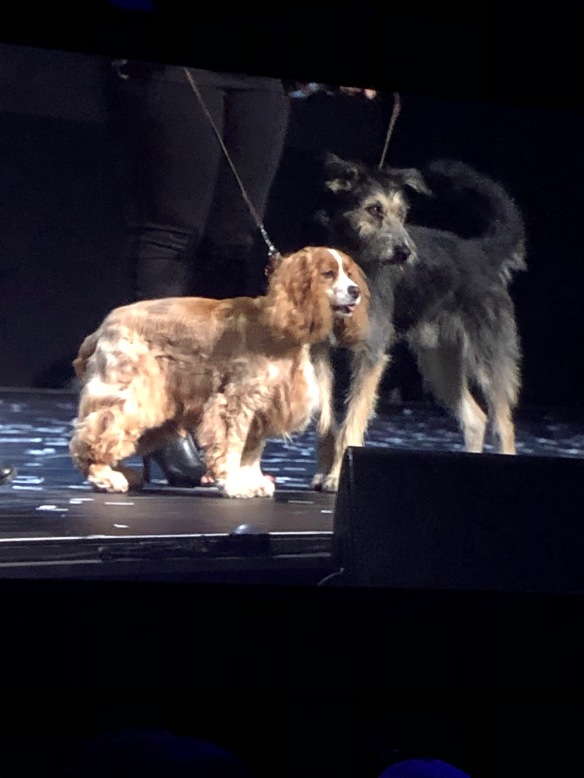 The dog leads, Rose (Lady) and Monte (Tramp), paid the crowd a visit and were just as adorable in person. 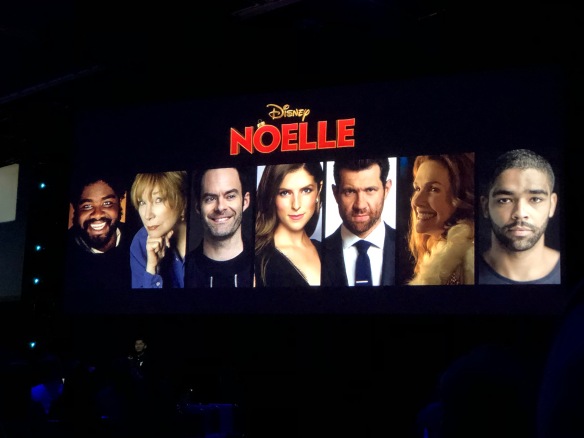 In time for Christmas, there will be a new film released called Noelle, staring Anna Kendrick, Bill Hader and Billy Eichner. It has a cute story of the son of Santa running away from taking over the family business and his sister, Noelle coming out to the ‘real world’ to find him. 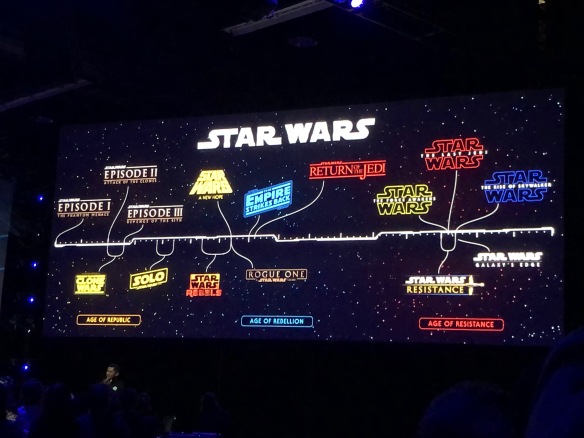 The world of Star Wars will be expanding even more with several new shows, including new episodes of The Clone Wars, and an as yet unnamed series with Cassian Andor (and K-2SO) whose characters are being reprised by Diego Luna and Alan Tudyk. 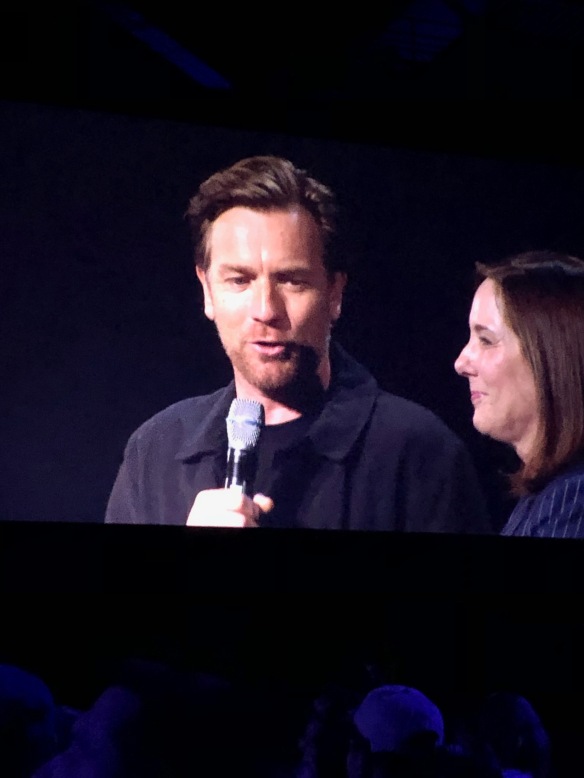 Then we got the (very well received by the crowd) announcement of a new show featuring the return of Ewan McGregor as Obi Wan Kenobi! 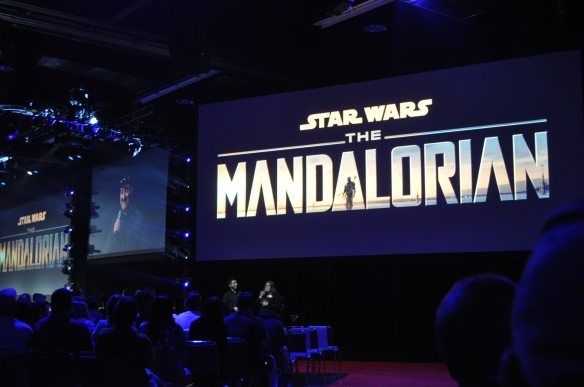 Day 1 of Disney + will also include the new series The Mandalorian, telling the story of what happened in the aftermath of The Return of the Jedi and the end of the Empire.

This entire presentation did its job of introducing the new streaming service and inspiring us all to sign up.

We also got to see the Expo Floor a little bit, which has lots of exhibits we hope to finish exploring when we return on Sunday.

Getting into any of the Disney shops is VERY difficult without a reservation, but we did make into the Disney Store and hopefully we will get into one more of the other two on Sunday as well. 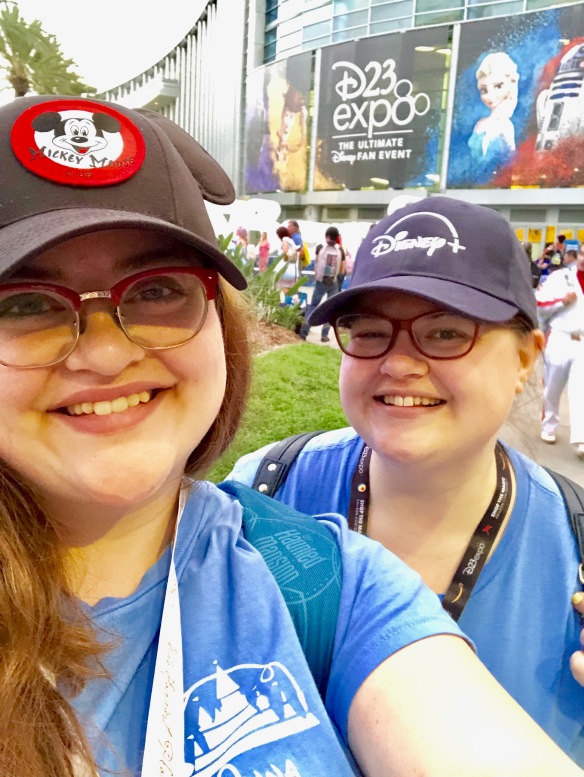 So far we are enjoying ourselves here, even with a few hiccups in line management (ah our good old friend LineCon) and can’t wait to return on Sunday.

Tomorrow, since all Saturday passes were gone before we got ours, we will be back in Disneyland and watching the news with everyone online. And then, Sunday, we will get to have our last taste of this D23 Expo.